Hopp til innhold
Happy Monday peeps, hope you all had a great weekend <3
I have to start this day with a blogpost I started on Friday, but unfortunately didn't have time to finish...:/ Friday was March 11 - marking the five year anniversary of the Fukushima accident.
This accident is actually more or less the reason why I started blogging, and to really care about outreach of science. I saw how scared people were, even here in Norway, and my "medicine" to that are facts and knowledge. (This is also the way I tried to "comfort" my mother when she had radiation treatment; telling her everything I knew about radiation and doses and biological effects and so on... Don't know if it really helped for her, but it "helped" for me, since it was the only thing I could do.) 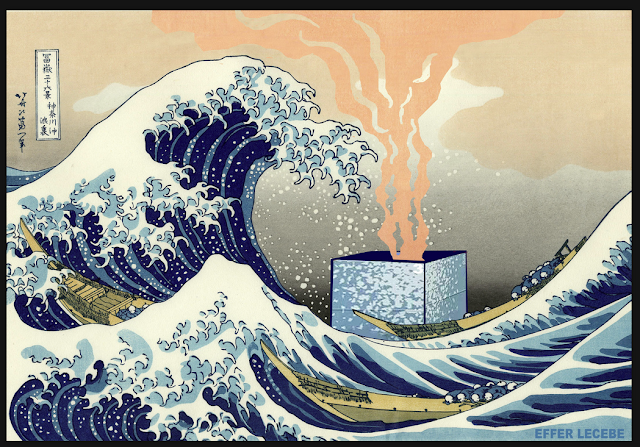 So I wanted to give you ten facts about Fukushima on Friday, but instead you'll get it now:

I realise it's impossible to only give 10 facts about this accident, and I will continue very soon (Friday perhaps....? 😉 ).
Now it's time to prepare for a talk I'm giving tomorrow, for a small bunch of science journalists, then I have to look at my actual PhD thesis - which is on the plan this week...