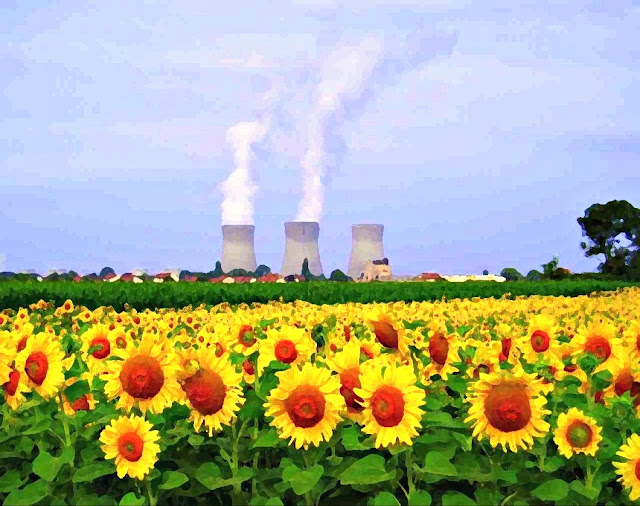 Today is a beautiful Tuesday here in Oslo, and I just have to say a little bit about the safety of a nuclear power plant! I want to share an excerpt of a text written by someone that knows more about this particular theme than I do - Gianni Petrangeli, who has written the textbook Nuclear Safety (I have highlighted some of the points):

"Is it possible to conclude that a nuclear power plant is safe and, if it is, what are the conditions which make this conclusion possible?
The answer to the first question is: 'Yes, it is possible'.

The conditions for such a conclusion to be valid are:

When all of these nine criteria are met (I shortened some of them, so in the original text they are more comprehensive), then you can claim that a nuclear power plant is safe.

Was Chernobyl "safe"? NO, NOT AT ALL! I know for sure that Chernobyl broke the conditions, and definitely could not be concluded to be a "safe" plant.

Was Fukushima "safe"? To be honest, I'm actually not 100% sure of how well Fukushima met these 9 criteria...
The thing about the Fukushima accident was that it was caused by a "freak event" - a natural disaster that magnitude is very hard to foresee, since you can't foresee everything. If you could, none would have died from the earth quake and tsunami that hit Japan on the 11th of March 2011, but yet they did - but if you argue that since this natural disaster did happen, and therefore nuclear power isn't safe, you're really also arguing that Japan is an unsafe country to live in...
It's not like they din't foresee tsunamis on the coast of Japan, but they didn't expect them to be as big. So what if they had foreseen a 14 meter tsunami, and they were protected against that, but then a 15 meter tsunami hit them instead? Nothing is ever (100%) safe, and at some point you have to say this is as safe as it gets. Remember: it's always a piece of cake to say after something's happened that they should have done it differently...!
But was Fukushima as safe as it gets? Maybe not. Maybe the plant site (point 2) wasn't 100% ideal, maybe the plant didn't have sufficient reserve of electric power (point 8). Can we then conclude that nuclear power isn't safe at all? No.

Have a fabulous, sunny day everyone! I'm going to get Alexandra in kindergarden very soon, and then we're going to get our nails done #motherdaughtertime <3

2 kommentarer om “When can we say that a nuclear power plant is safe?”