Hopp til innhold
Today hasn't been the best day, and it's totally my fault:
Or, the headache (which is finally gone) was just my own fault, but Anders left for a conference at half past four this morning, and therefore I didn't get any coffee to wake me up (he makes me coffee in bed every day <3), and it was really hard to get out of bed, and also I miss him (no, it's not the end of the world - he's coming back tomorrow night again), so those reasons are not something I'm in charge of.
But yesterday was a fun day; so fun, that I woke up with a headache this morning...:P
First part of the day was of course at the office, and I had a nice chat with Jon about the gamma radiation from fission of uranium-233, and we are quite certain that our results will turn into a nice article. He's coming here in the end of May, so I'm super motivated to do as much as I can on that analysis before he gets here! When he's here, we can also hopefully finally finish the article I've been working on for too long now - and after that I will award myself with a new bag 🙂 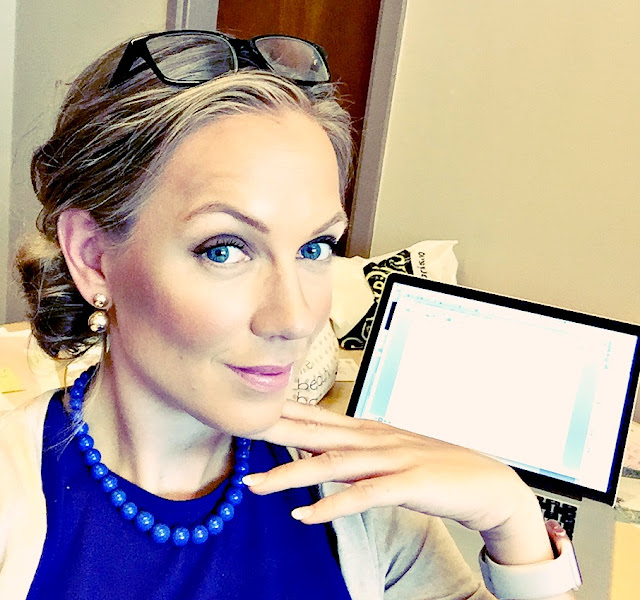 I left the office one hour earlier than normal, to go and get Alexandra in kindergarden; 'cause I had promised her to go and get her nails done: meaning we went to a salon (Star Nails at Grønland Bazar :)), and she got to choose nail polish. She LOVED it, and was so proud - I think she felt like she was a really big girl <3 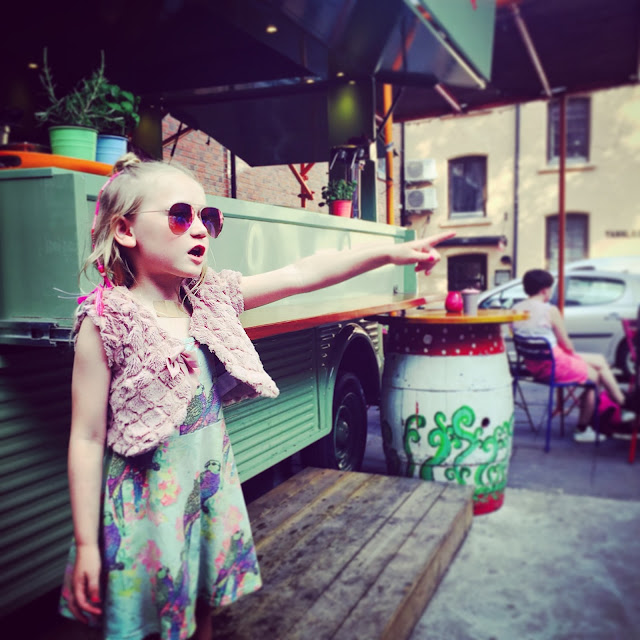 After the nail session, we met Anders who went home with Alexandra, and I went to meet some friends (Toril, Beathe, Anita, and Camilla, who I hadn't met before).
We went to place I sort of shouldn't tell you about, since it was so awesome in the sun, but I'll do it anyway; It was the Q Lounge Rooftop Bar at Grims Grenka, in Kongens gate. Fantastic location!
I had a Caesar salad that I enjoyed, and both the Prosecco and the Champagne tasted great 😉 It was such a fun night, and so tasty bubbles, that I woke up with the stupid headache this morning - like I said, totally my own fault, and also totally worth it. 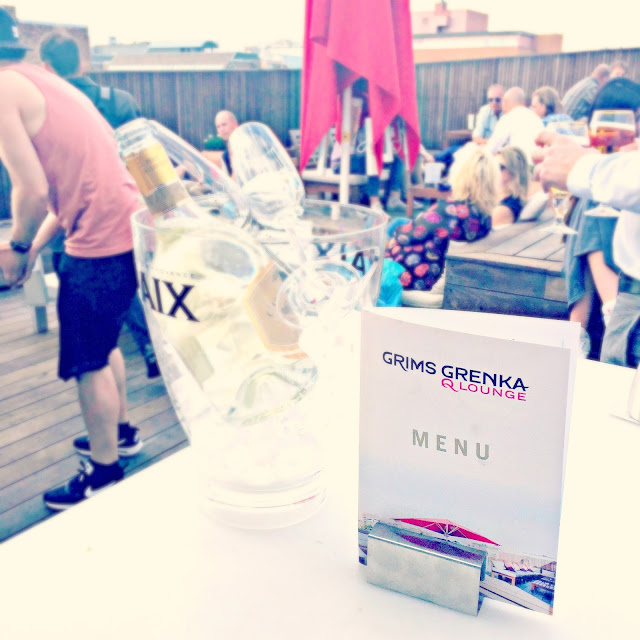 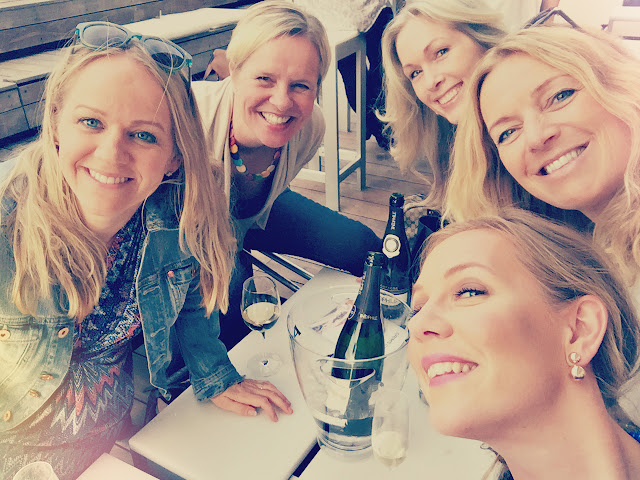 Btw: I just found out it's Richard Feynman's birthday today, so happy birthday to him! He would have become 98 years if he'd been alive today. A suitable way to celebrate is to read the fantastic book Surely you're joking mister Feynman - which I got as a going away from Paris present from Jon, when I left Paris and the Insititut Physique Nucléaire eight years ago.