Hopp til innhold
I've been working my ass off analysing data since Monday morning - wanting to be as prepared as I can for Jon's visit later this week. It's tedious work: studying a plot, finding time limits, change your code, run the program, check the results, write everything down and put it into different folders - and start all over again. Repeat until dead tired.
But speaking of working my ass off, even though I work hard, I still want to feel fresh - without spending too much time or effort on it...entering the three working your ass off hairdos:

The point with these three hair styles is to save time; all of them can stay for a week or so, and at the same time look fresh. You can wake up, and you're hair's already done, meaning there's one less thing to fix in the morning! They are all of the "messy" kind - meaning they are supposed to look a little like you just came out of bed, and not too "perfect" 😉
The hair should not be washed when you make these - I typically wait one or two days after the last time I washed my hair. In the picture below I hadn't washed my hair for 3 days; and also you don't need to comb your hair (I only do that like once a week, or something - before I wash it) - the best result of all these three hair dos comes without combing 🙂 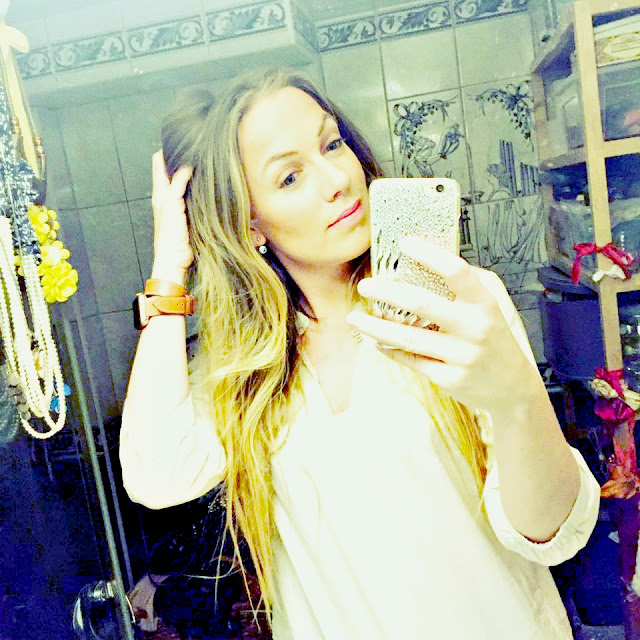 This thing from Define is a real life saver! It's actually a mixture of dry shampoo and hairspray at the same time, so it's just perfect for making your hair look fresh and voluminous. Also it makes the hair so much easier to work with (newly washed hair is the worst; so little volume, and so straight, and so slippery). 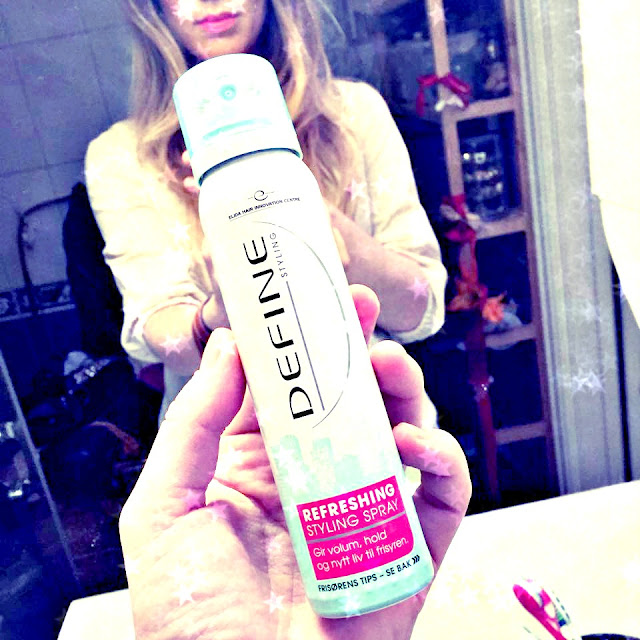 The messy bun and the messy braid number 1 and 2 start with the same messy pony tail (steps 1-3): 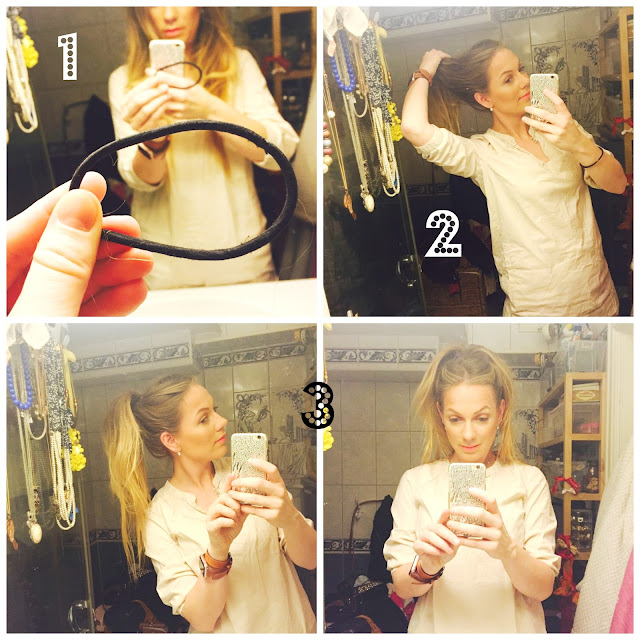 first you need a thin rubber-band (1), then gather the hair for a pony tail at the crown of the head (I use both hands for it - 2), and wrap the rubber-band around the whole of the hair until it feels secure, not too tight (3). The combination of a pony tail that is quite loose, and placed high up on the head, makes it possible (not even uncomfortable) to sleep with 🙂 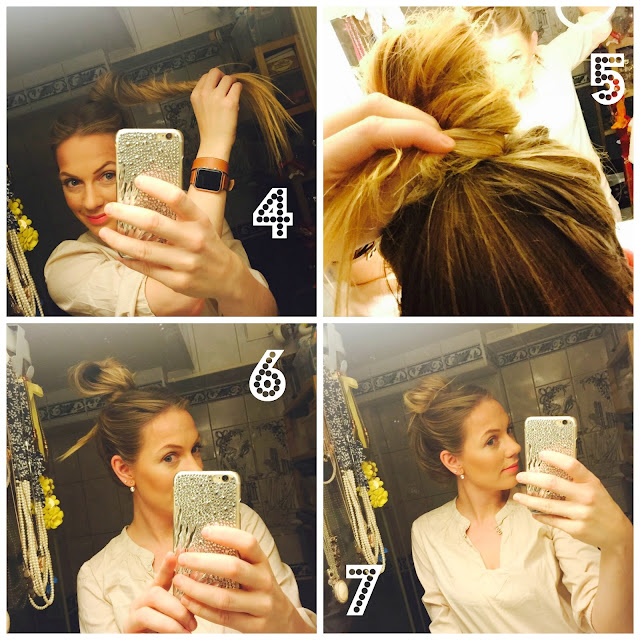 the messy bun is made like this: take the pony tail and twist it loosely (4), continue twisting it until it's wrapped around the rubber-band, and then stick the end back under the rubber-band (5) - it looks like this at first (6). To finish it I mostly just pull the bun, but a couple of bobby pins helps get it "down", and at the right place (7)
I often wear my hair like this when I'm giving a talk. Unless I'm super nervous and afraid I won't be taken seriously, or something, the messy bun is a good choice (of course, in combination with the right outfit ). Below you can see what it looks like when I just made it, and what it looks like after a week - I normally prefer it after a couple of days. 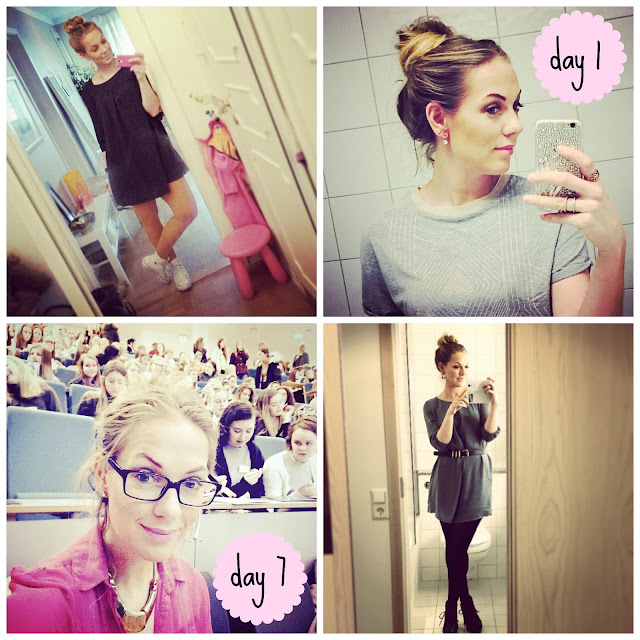 messy bun <3
The messy braid no 1 has the same starting point as the messy bun - the messy pony tail. 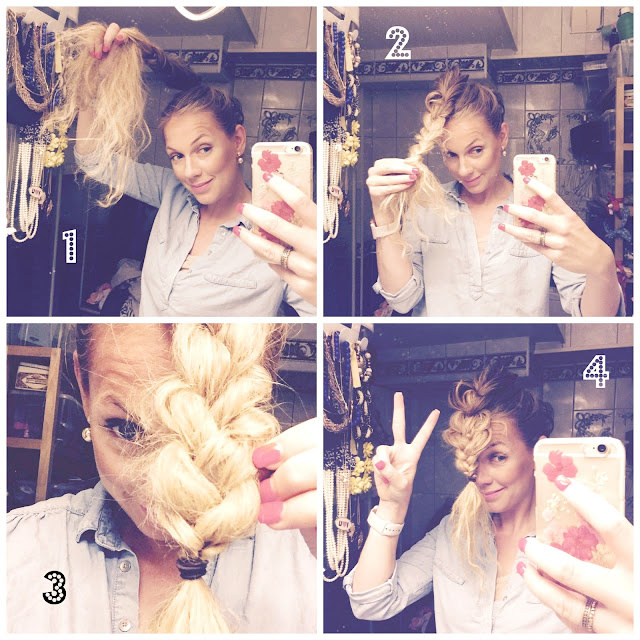 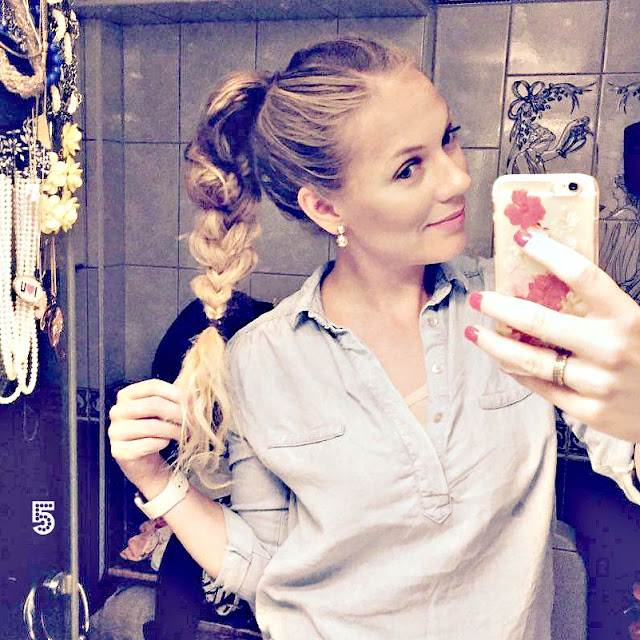 You need two rubber-bands for this one. Divide the pony tails into three parts, pull them forwards, and start braiding quite loosely (1). Secure the braid with a rubber-band (2). It first looks a little simple and dull, but then there's magic: hold the braid with one hand on each side of the braid (my other hand is busy holding the camera at this picture :/) and pull gently (3). Continue pulling at different places along the braid until you're happy with the size/volume (4), and then, finally place the braid at the right side of your head  - the back side (5) 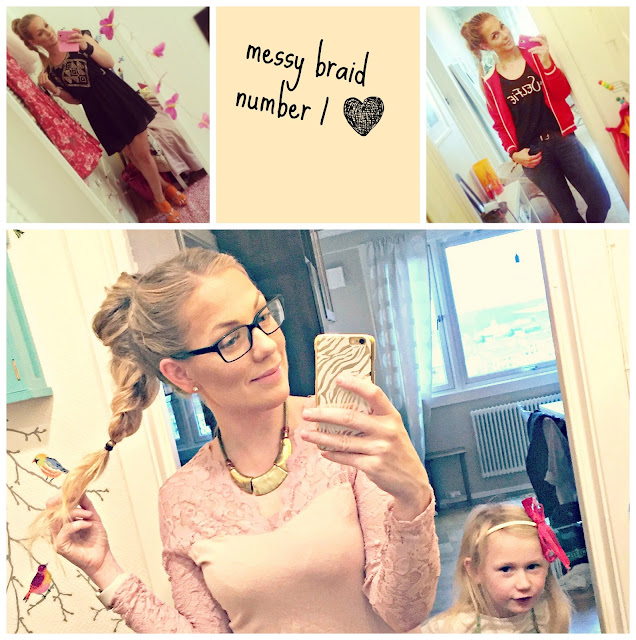 The last hairdo is the messy braid no 2. Some extra hair spray is often a good idea on this one. 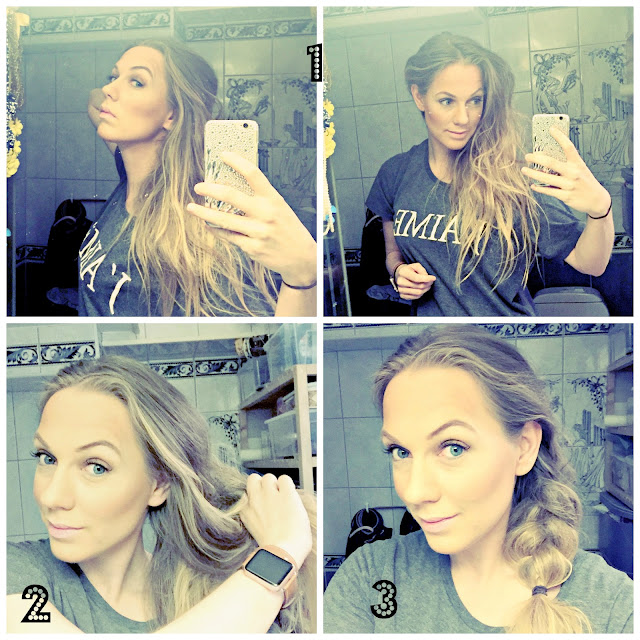 First, gather all the hair loosely on one side (1). Sometimes I use a comb to tease the hair a little bit by the roots, so it won't be as flat as it was here... Then divide the hair into three equally sized parts, and start braiding (2) - remember: not tight! Then simply braid as far down as you want - I prefer to keep a decent portion of hair not braided - secure the braid with a rubber-band, and pull the braid the same way as the messy braid number 1 (3)
Messy braid number 2 is very soft and feminine <3 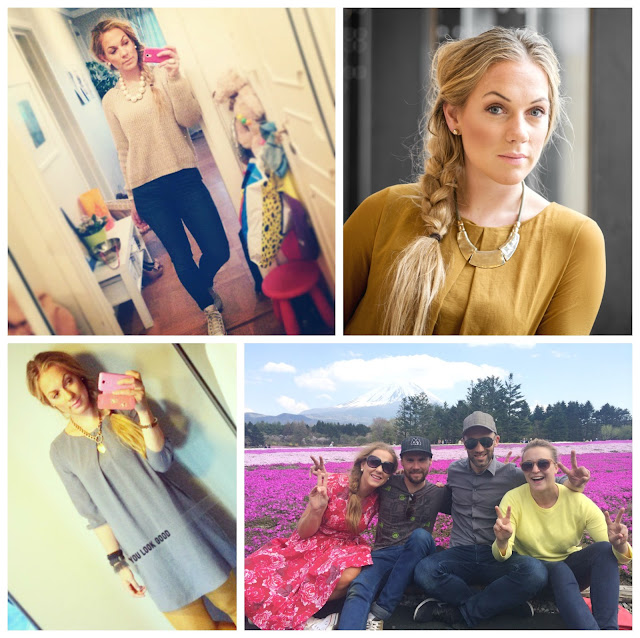 (I don't have thick hair at all, but the messier it is the thicker it looks :D)
All of these three hair dos should be so loose that you can sleep comfortably with them. When you wake up you just apply some dry shampoo to the roots, and you're ready for working your ass off! 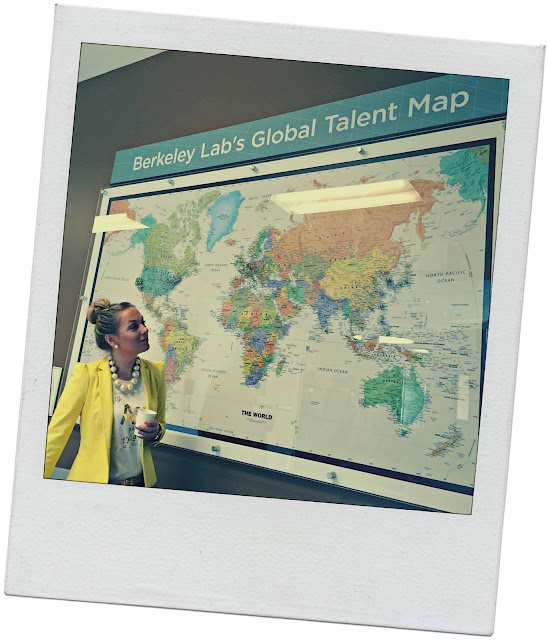 even though it's messy doesn't mean it can't be serious 😉
Also read: working your ass off dinner