Hopp til innhold
Right now
Yesterday I flew up to Alta, and reunited with Synne and Ellen. With had a great evening (we even saw the Northern lights!), and when we woke up this morning we were ready for the first "show" of the week - in Alta, of course. Right now, we're waiting for our flight to Bodø at Tromsø airport,. In Bodø we'll meet up with Ingeborg and Fred, and tomorrow we'll have the show there 🙂
Theme
"On the road again" - no doubt about it! We're going all around Norway in a van, with our logo on the side. We're sooo on the road 😀
Boost
Coming to Gardermoen on Friday afternoon, and meeting my two favourite people. Anders and Alexandra were waiting for me, and seeing them again was absolutely fantastic <3
Bummer
Leaving Oslo on Sunday. Not because I didn't want to go on tour again, because I really love this #jenterogteknologi-tour - but that doesn't mean I don't think it's hard to leave. Especially since Alexandra's told me several times this week that she didn't want me to go again :/
Picture 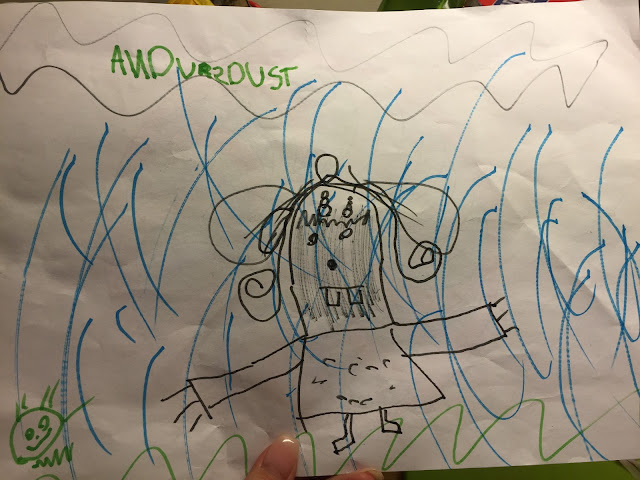 It was great being home with Anders and Alexandra, and for most of the time we had a fantastic time together. But, it seems as Anders has also pissed alexandra off when I've been gone (it's not very difficult to do something that Alexandra thinks is the worst thing in the world these days), and she made this drawing. It's Anders, and apparently he's a jerk 😛 (Notice the curly hair - I'm not sure if this is a look he should pursue, or not...)
Feeling
Excitement, but also fear; when I let go of the excitement, even for just a minute, I feel a kind of fear, or extreme stress. I fear that this last article won't be worthy of publishing, and if so, what do I do? I need (?) the three articles. That's how a PhD works, and you never know when you start if what you do will actually be publishable. If it isn't, then too bad for you - you don't get a PhD (it's not like it's a charity thing: poor you, you tried so hard, we'll just give you the degree even if you din't publish sort of thing - that's not science).
Person
Synne! She is one of the girls I'm travelling all around Norway these two weeks, and she is just a really cool person. Synne is funny and kind, and has so much energy, and she makes everyone around her laugh. I haven't known her for more than 7 days, but I believe she truly is a good person! 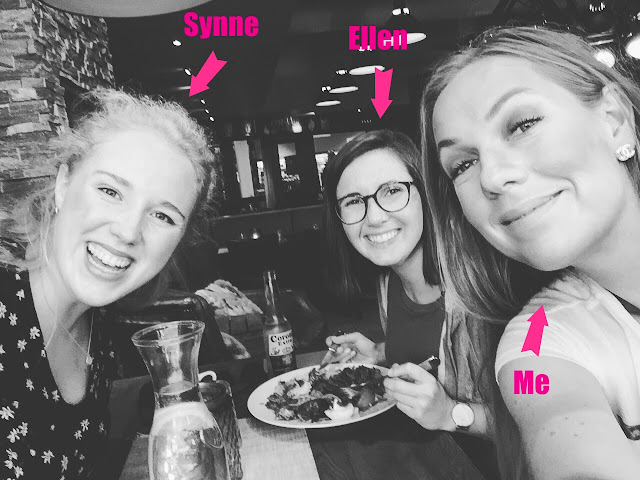 Ellen and I are the "role models" that speaks at every show, and Synne is the host 🙂
Reader
I don’t have as many readers as the regular girly blogger, but the ones that I do have are really fantastic, and dedicated. This week my favourite is Ellinor. When I get questions like these – oh my <3 Readers like this should definitely study physics, no doubt! JUST DO IT <3 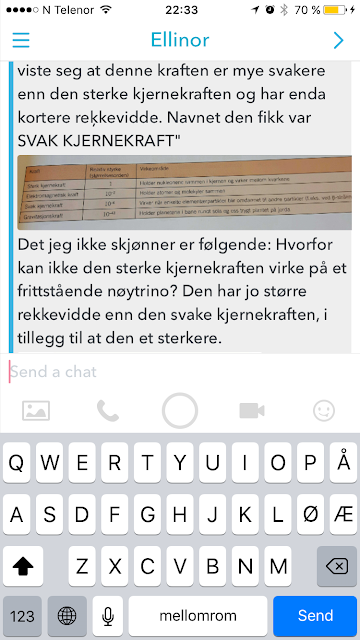