Today I've spent most of the day on going through the program code that sorts all of my experimental data for the millionth time. I had to check some numbers and plots in three different versions of the program that should give exactly the same results. This morning they didn't, but after going through them, first alone, then with Supervisor Sunniva, they finally gave what seems to be the same result! That means I can correct some things that I now know were wrong, and then I'm certain that everything that goes into my article is correct 😉
And I learned more about how the program works, so even though I hate spending time on these "silly" things, I guess it's still good. But it's kind of boring, though; not everything about science is SUPER FUN 😛 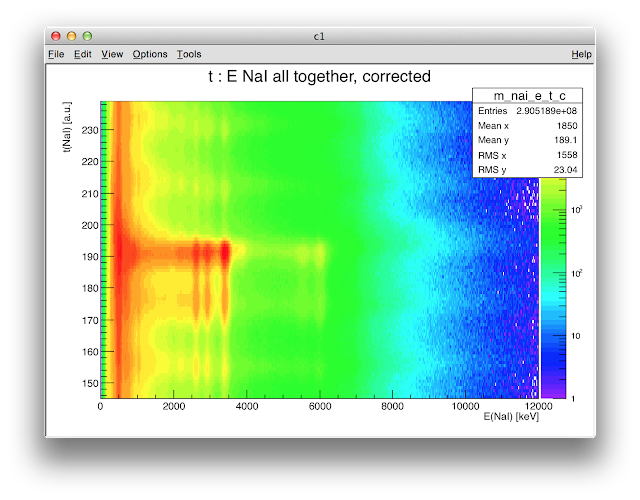 These are the plots that first made me wonder if there was something wrong in one of the sorting programs/codes. See they're not the same? The upper one is shifted somewhat down on the y-axis. After I finished playing a code detective today, both plots look identical 😀 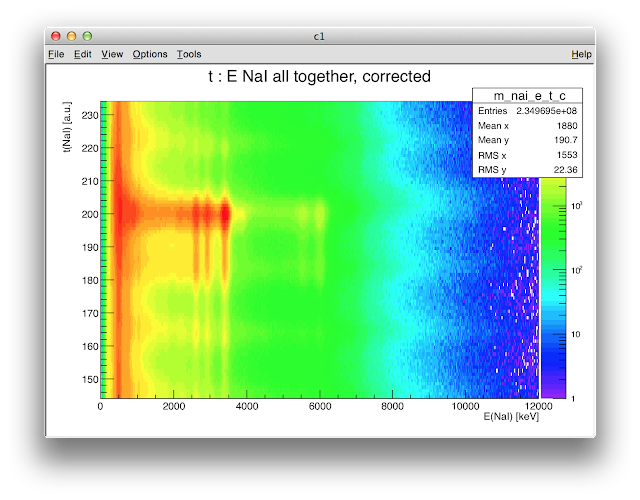 I'm also trying to read up on the molten salt reactor, which is not my field of expertise, so if anyone can tell me how it's not a problem if you loose the flow in such a reactor I would be really happy! I know that in such an emergency the temperature in the fuel would rise, and then all of it would go into the emergency dump tanks, but I don't really understand why this is always presented as some sort of "quick fix"...
---------------------------------------------------
Tomorrow is "writing day", and I'll spend it at the library, with my article. Yes, it's the same as always. The plan is to work on the introduction/motivation part of the paper, and then some on one of the sub parts of the results. I also want to make a figure that shows energy of the particles together with energy from gamma-radiation from the experiment ("particle-gamma coincidences"), if there's time *hoping*.
Guess I have to start the day by blocking Facebook with the SelfControl app - I tried it today and it seems promising 😉