Hopp til innhold
Right now
I've spent much of today watching the show "Occupied" (Okkupert), and later Anders and I are going to watch the last episode - SO exciting!
Also I'm looking forward to (and maybe also dreading) the week to come; lot of fun going to happen, but it will also be tiring. Tomorrow I'm going on the radio, on Tuesday Anders and I are going to the Kavli banquet (I have a new dress, and you can all guess three times if it's pink <3 ), on Wednesday I'm going to have dinner with NHO and the people I'm going on tour with ("Jenter og teknologi") later in September, on Thursday and Friday it's "nothing" (except, of course, tons of work), Saturday we're going to one our best friends' 10 years wedding anniversary party - where I'm going to be the toastmaster, and on Sunday I'm leaving for a week in Bruges, Belgium, and the ND16 conference.
Feeling of the week
Stress. There's no secret there's a lot of work to be done these days, and it stresses me. Either I'm stressed because I work a lot, or I'm stressed because I feel bad since I haven't done enough. 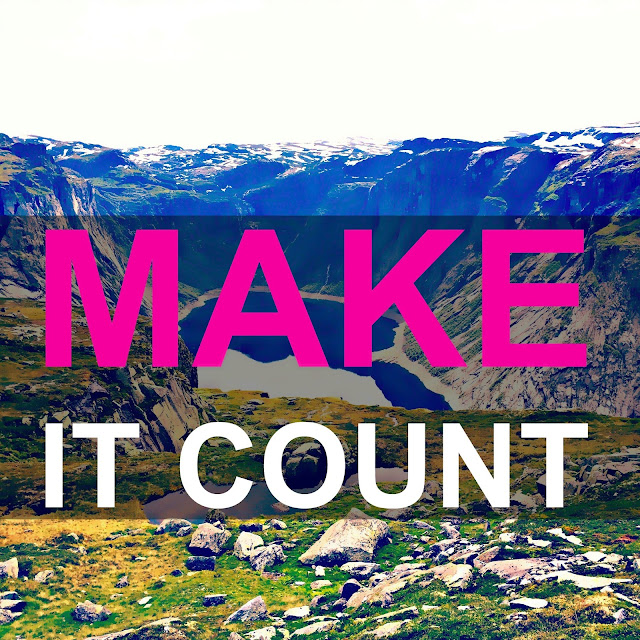 I guess I just have to make this work count, and "just do it" - I mean, that's the only way...sometimes there's no "logic way to do it", sometimes the only way to do it is brute force, right? Then hopefully, next week I'll tell you feeling of the week is accomplishment 😉
Boost of the week
On Friday, Anders and I went on an after work date to Champagneria at Mathallen - one of my favourite places in Oslo. When we were paying, the waitress told me she thought it was so exciting to "follow me". These kinds of happenings are the best, and they make me so happy. If what I'm doing can be an inspiration to just one person, it'd worth it <3
Bummer of the week
After one more week popping antibiotics, I'm still not finished with this stupid urinary tract infections. So now I'm starting to be "sure" it's cancer 😛
Person of the week
Alexandra. It's weird how much "bigger" she has become, just because she started school. She's doing homework and learning all kinds of cool things, and just being a big, happy, smart girl <3
Craving of the week
Gum and Coke Zero.
Picture of the week 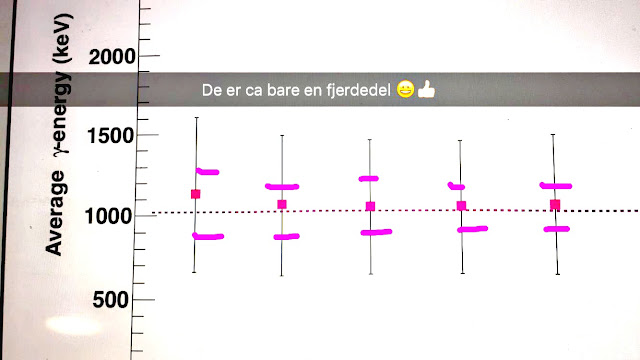 This picture just really sums up what I've been working on this week: error bars, error bars, error bars. They're really making me crazy, and I've cried, and I've been angry (at Anders, poor guy - not his fault, at all!). Fu****g error bars.
Turns out the random errors on this plot are so small you can't even see the error bars, actually. The really hard part is to say something about the so called systematic errors, and that question I can't answer (yet)... #phdlife 😛
Reader of
the week 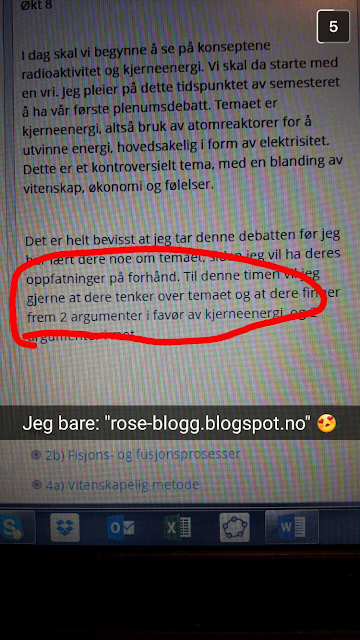 The one who sent me this on Snapchat (feel free to follow me at sunnivarose :)) - these kinds of things make me so happy!