Hopp til innhold
Another week has just come to an end, and it's time to sum up. One of the conclusions is that I have survived the first of the three crazy weeks 🙂
Right now
Right now I've just come out of the shower, am in my bed at a hotel in Kristiansand, and looking forward to talk to several hundred girls about nuclear physics and research and stuff, and why I think science is awesome, tomorrow. My talk isn't completely ready yet - that will probably happen tomorrow morning during an early breakfast <3
Boost(s) of the week
When I had just finishing my talk on Bruges.
When Stephan Oberstedt came up to me after my talk and told me I gave a great talk.
When I met this scientist from Uppsala who approached me and told me he really liked my blog and my outreach work.
When I came back to Oslo and I met Alexandra and Anders <3
When I was sitting in the Jacuzzi, as we were sailing out of Oslo on Friday, with all three kids and Anders, and a glass of Champagne.
Bummer(s) of the week
I’ll give you two.
1) The horrible night in Bruges, when it was hot as hell, and I was eaten up by mosquitos. It still itches and hurts like crazy.
2) When Alexandra told me I always go away when she’s with us. This is of course not true, but it breaks my heart that she might feel this way. And then I had to leave both Alexandra and Anders this afternoon to go on science/technology tour. I miss them both already.
Theme of the week
Neutrons. Surprise!
So I talk a lot about neutrons these days, and it’ll probably continue for a while. When I think about my PhD now (which I do quite often), I immediately think neutrons.
Feeling
Stress, like before.
I admit it: I’m stressed now. I’m stressed about the neutrons we see in our detectors, and I’m stressed about my PhD – fearing that if we/I don’t manage to take properly ”care” of those stupid neutrons, I won’t get my PhD. And when I think that I might not get my PhD, I get more stressed, and then I think more about neutrons, and then more about not getting my PhD, and so on...:P
Person
Supervisor Sunniva is my person of the week 🙂
We’ve travelled together to Brussles and then Bruges; we were thrown out of first class at the train twice (first we didn’t know there was a first class, then we thought we had left first class, but apparently we hadn’t, and I don't think we were the conductor's favourite people that evening), survived more than 30 degrees in our hotel rooms and one million mosquitos. She’s an awesome supervisor and travel companion, always super positive!
Picture 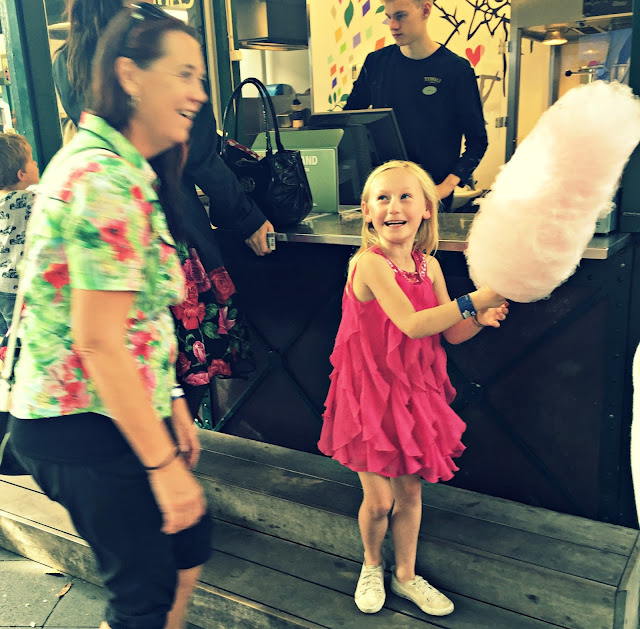 This was taken yesterday. A very happy Alexandra has just gotten the biggest candy floss - a perfect way to end the day at Tivoli in Copenhagen 😀