Hopp til innhold
...that's why we are still doing science!
If we knew (or thought we knew) everything, we would've stopped - and I'm pretty sure the government wouldn't have used any money on universities or anything. 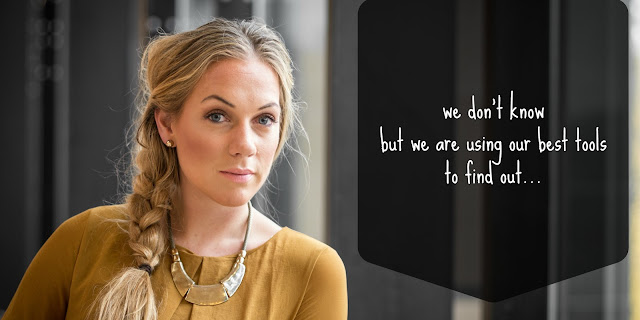 For example: where does uranium come from?
We don't know!
I work with uranium (uranium-233 and -234 in particular), and we know it exist here on Earth, but how was it created in the first place? Actually there are MANY elements we don't know how got here - like silver and gold. But we know they exist, and we get better and better models and theories for how it happened <3 (One theory is that the heaviest elements here on Earth are created when two neutron stars collide - really cool and amazing!)
I work mostly with understanding everything about what goes on with my precious uranium in a fuel that's based on thorium (thorium is turned into uranium in a nuclear reactor; therefore I care about the uranium, even though the overall topic of my research is sort of thorium fuels), not really how it was created out there in Space, but the cool thing is that a deeper understanding of the uranium nucleus may also let us know a little bit more about how uranium has been created.
The bigger picture is how thorium fuels behave, and how uranium is created - which my work will give no real answer to; but hopefully my PhD will eventually give us one more tiny mini piece in the total, gigantic science puzzle. You, know - baby steps. No giant leaps here 😉
Today I've been reading about gamma radiation and stuff for several hours, before I went to a great talk about nuclear astrophysics (by one of my PhD colleagues - Jørgen), before I went back to my office to punch numbers into a table, and look for a specific plotting program I haven't worked on for a couple of weeks (I eventually found it, so tomorrow will be plotting day), and suddenly it's almost 7'clock.
I realised I actually think of gamma radiation a little bit like sweat. Since when you heat a nucleus, it gets rid of that extra energy by sending off gamma rays - the nucleus sweats 😀 And we study the nucleus by studying its sweat; it's a little bit like we're trying to figure out how it was heated by looking carefully at the sweat. And eventually this may tell us more about the Universe...
--------------------------------------------------
PS: I'm glad I spend more time wondering about how uranium and other heavy elements were created, than when it became "acceptable" for women not to wear a bra - like some bloggers do. Guess we're different...