Hopp til innhold
Finally home from work...!
It's always a little crazy when we're doing experiments - meaning this "workday" started at my office yesterday before lunch, then I went to Vestby VGS to give a talk to the students  there, and check out all their science projects (thank you so much for inviting me, I had a great time), and then it was straight back to the University and our lab, and finally the "workday" ended a two hours ago.
When I got to the lab last night (a little bit before eleven) I learned that the "beam out of range"-alarm had stopped working, which means that the only way of actually knowing that the experiment is doing what it's supposed to be doing, is by watching the instruments continuously... I was still allowed to sleep, though, as long as I sat an alarm for every other hour, and then checked on the experiment. Luckily, the cyclotron was behaving like a saint, so I could actually get that sleep for two hours at a time.
Everything for science, I guess 😉 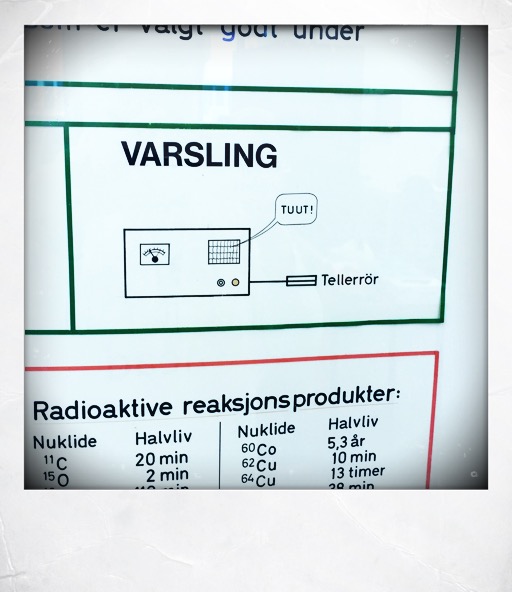 (no alarm for me this night...I actually missed that super annoying loud ringing) 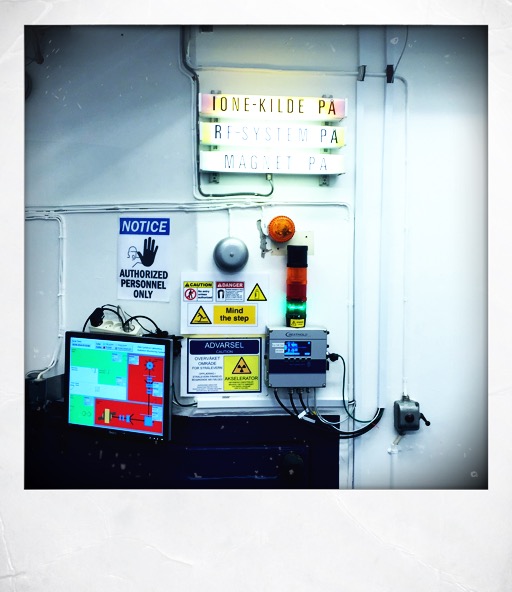 We're measuring stuff on a piece of wolfram this time (bombarding it with deuterons, which is one proton and one neutron - heavy hydrogen nuclei, actually), trying to learn more about how the elements are created, and so far the experiment seems to be a success (everything is working and the data we get look clean and all; but we won't really know for sure before the data are analysed, of course 😉 )
Now I'm going to take a quick shower, and then crawl into bed, to rest for an hour or two, before I'll pack our bags since we're going to a wedding in Førde this weekend, then I have some writing to be done (deadline tomorrow), and then I need to get Alexandra in kindergarten and then we're leaving <3